Service Offerings
​Our team is engaged through the DSS Panel to support (and typically lead) the acquisition of strategic, complex and integrated materiel that operate within the maritime, land, air, space and joint domains. We are also routinely engaged to solve Defence's more challenging problems within some of the enabling capabilities such as Security, Estate, and Science and Technology. As our cadre of professionals have grown, so too have our service offerings and the table below outlines the specific skill sets for which AeroPM can be engaged.
Through the DSS Panel, AeroPM have been engaged in support of AIR6000 Joint Strike Fighter, DEF6014 Ghost Bat, SEA1000 Future Submarine, Guided Weapons and Explosive Ordnance program, Integrated Air and Missile Defence program, LAND154 Counter Improvised Explosive Device, Warfighting Network Applications, LAND4503 Army Reconnaissance Helicopter, LAND2097 Special Operations Helicopter, high speed weapons program and Plan DELPHIC.
Selecting AeroPM to respond to an RFQTS will ensure that you can access our excellent resources when available. In the event that we do not have the perfect candidate to suit the role, AeroPM would simply provide a 'NO BID' result so as not to waste precious Commonwealth resources. You can be confident that our candidates will be a sublime match for the capability sought.

If you are planning on releasing an RFQTS through the DSS Panel then you can find us on one of the below skill sets. Importantly, if you are seeking multiple skills sets then please use the indefinite article 'OR" instead of 'AND' to ensure AeroPM is visible to you in the DSS Panel Portal.

If you're a Commonwealth entity and need assistance on how you can engage AeroPM for the provision of expert support through the DSS Business Management System, you can contact our Head of Capture and Delivery, Mr Pete Nugent at peter.nugent@aeropm.net at your convenience.
click here for aeropm's dss skill sets
x 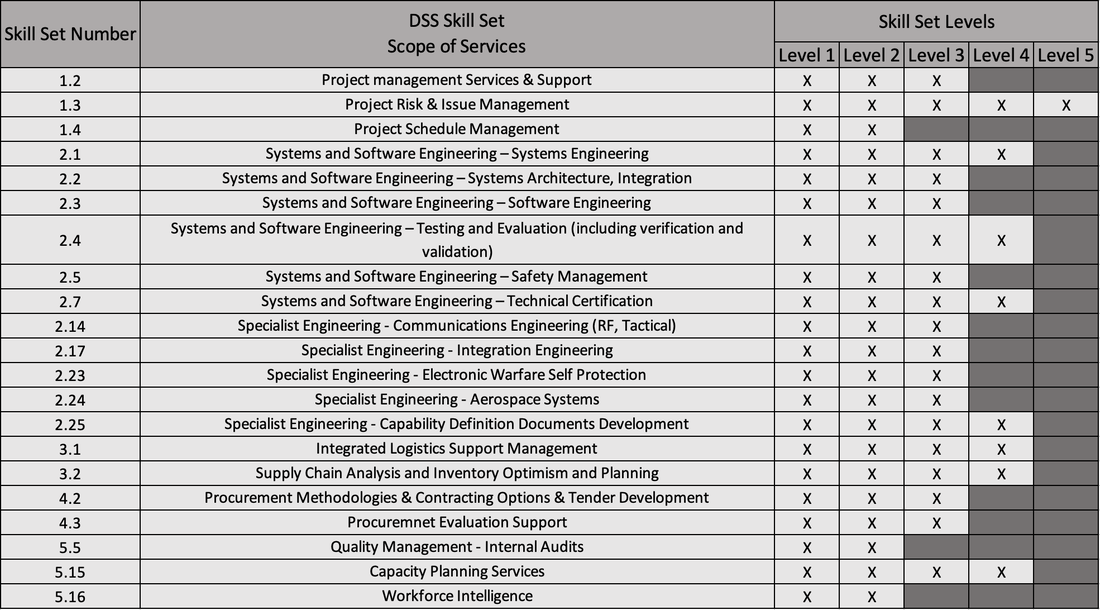